All Hail the Kings of Retail Leverage – Monster Cable 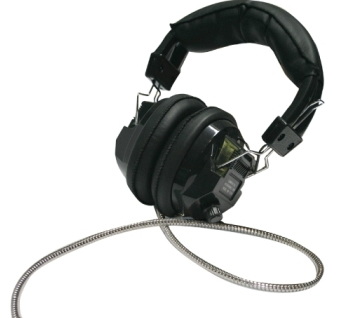 The strategy is nothing short of genius – find a high-demand, high dollar consumer electronic product category and profit by selling the low-cost, high-margin accessories that complement the device and make it actually work.  The key, however, is to market the accessory as “premium” because, after all, when you spend top dollar on electronic equipment, what’s a few extra dollars to get optimal performance out of the thing? That’s basically the bottled-water-like business model and marketing strategy of Monster Cable.  In 1978, Monster Cable pioneered the model by marketing so-called “high-end” speaker wire to stereo retailers. 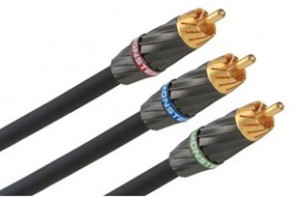 By the early-mid 2000’s, Monster Cable had evolved beyond premium stereo speaker wire and was the undisputed market leader in the “boutique” cable market  that served as a substantial source of revenue for retailers of electronics such as DVD players, stereo systems and TVs. Since the profit margins of DVD players and TVs were relatively low, the profit margins of Monster Cable products provided supplemental revenue for these retailers. Employees of consumer electronics retailers were all trained to market and bundle Monster Cable and similar products in order to boost retailer profitability. Monster Cable was everywhere!

And then, it happened. The so-called retail “partners” of Monster Cable realized two very important things: 1. Greed is good. There simply was too much profit associated with boutique cables to allow Monster to have it all; and 2. The retailer actually owned and controlled the most important part of Monster’s business success – the retailer sales associate who convinced inexperienced, naive video and audiophiles like me that spending top dollar on these cables was absolutely necessary.  Soon, Monster Cable was basically undercut by their retail partners and replaced by lower-priced private label offerings and the store employees were incentivized to push their own house brands.

Do It To Me One More Time:

So what did Monster do? They learned that simply representing a hefty source of profit for a retailer is not enough to have any type of leverage against the retailer who is predisposed to want to take a cut of profits under a house brand – the key for Monster to continue its business model was to continue to sell high-margin accessories for growing hardware categories, but to do it by building a “call brand” that was so strong that it would be nearly impossible for a retail store associate to switch the consumer over to a lesser-known private label. 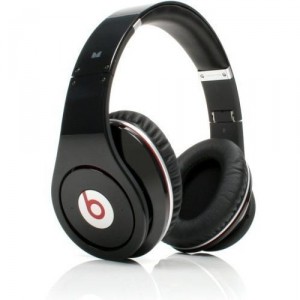 By the late 2000’s, portable music players (MP3s, IPODS, etc) represented a large and growing category of consumer electronics. Therefore, the complimentary headphone market was exploding! Players such as Bose, SkullCandy, Koss, Sony, Altec Lansing, and JVC were all competing in the headphone space and driving prices down in a battle for market share. Monster entered the market and completely changed the category experience by forming licensing partnership with hop-hop producer Dr. Dre. “Beats by Dre” were introduced as a premium headphone offering that promised that people could hear their music the way a producer hears it in the recording studio (the Monster brand name was minimized to that of a manufacturer’s credit). Because of this approach, Beats by Dre entered a price-depressed category at a $399 price-point, nearly 8x the category average (over 80% of headphone skus at bestbuy.com are under $100 with most itemized as “under $50”). Based on the success of Beats by Dre, Monster extended its very successful  headphone offering earlier this year by introducing line extensions via partnerships with record producer Sean “P-Diddy” Combs (Diddy Beats) and recording artist Lady Gaga (Heartbeats by Lady Gaga).

Today, Monster is back to being everywhere and now they have substantial leverage against the retailers who nearly “private labeled” Monster out of business just a few years ago. Each of Monster’s product lines are supported by numerous displays inside each Best Buy store. Monster has recently expanded its portable audio product offering by also introducing a line of amateur DJ equipment under the Beats franchise.  In a large number of Best Buy stores, there is now a dedicated area called “Club Beats” which serves as the Monster-exclusive showcase for the latest recording artists, DJs and products that support the live entertainment experience (now that’s retail leverage)!

As brand marketers, the moral of the Monster Cable story is simple – if a retailer can switch your consumer (and profit stream) to a house brand alternative, they will! The only defense is to build (or borrow) a national brand that is simply “unswitchable.”

This case also proves the power of marketing – how else can you explain people shedding their small modernistic “earbud” style headphones for 1970’s huge style headphones like Beats By Dr Dre?  In other news, look out for the next trend in LCD TV’s – the cabinet style. 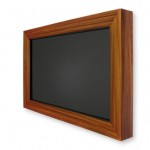