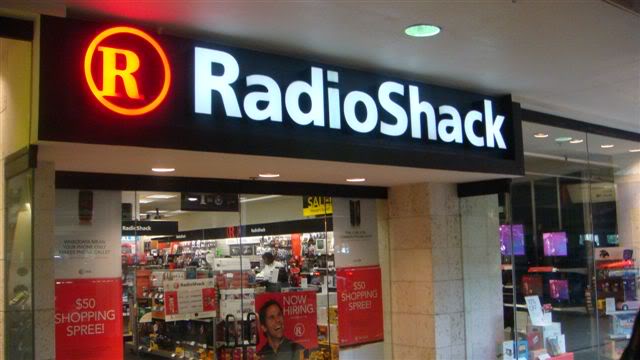 So the rumor is out there – Radio Shack could be on the market, and Best Buy’s name has been tossed out as a suitor – we wanted to share our perspective on what it could mean.  Best Buy and other retailers are known to be taking learnings from European Retail and applying them in the US.  Best Buy’s own acquisition of Carphone Warehouse in the UK in 2008 could serve as a model for a potential acquisition of Radio Shack.

Per TWICE 3/26/2010: RadioShack could be seen as an attractive asset thanks to aggressive cost-cutting measures by CEO Julian Day, solid cash flow, and its strong position in the growing wireless market. Its more than 4,000 small-format stores would also play into Best Buy’s mobile strategy of rolling out freestanding, mall-based wireless shops.

We live in a connected world, and Best Buy’s key differentiator is all of the value add they provide their customers – from educating them on new technology, providing advice on products, to being able to configure / install / fix the products they purchase.  While Walmart and Amazon can match or beat them on price, Best Buy can win on service.  Radio Shack locations can extend the reach in a more manageable, focused format.

Per Financial Times 3/26/2010: Best Buy said it was testing labour models and store design concepts aimed at demonstrating the “invisible” services in the centre of its stores, and that its first Best Buy stores in the UK, opening this Spring, would influence its remodelling efforts in the US … As part of the strategy, it is also continuing to roll out smaller Best Buy Mobile stores to malls and shopping plazas, and CPW’s Wireless World format, which sells computers alongside mobile phones.

Frankly I’m just trying to wrap my head around this at the moment, and am sharing this as a service / food for thought for our readers.  At a high level, retail consolidation puts more power in the remaining players, and Best Buy goes from leading the mobile phone market to OWNING it.  With the kind of reach that thousands of additional locations provides, long long term you start to question the viability of stand alone brand cell phone stores (ie AT&T store).  However you look at it, Best Buy would get larger increasing their own leverage versus the competition, but also with their vendors.

It is hard to say what impact there would be beyond the mobile phone + accessories category, as well as the brands/categories that are in Radio Shack today.  The average Radio Shack store is 2,500 square feet, whereas the average Best Buy store is in the 40,000 square foot range.  I’m not sure about the size of the typical Best Buy mobile section inside their US stores, but it is pretty small.  The carphone warehouse stores they bought in the UK average 800 square feet.  Just as their is additional computer / technology related merchandise in Radio Shack’s today, I’d assume there will be more than just mobile phones + accessories in a Best Buy Mobile store.

I’ll keep my eye out for additional thought / speculation floating out there from people we trust on this potential retail shake-up, and I’ll share – primarily via our twitter feed @retailleverage , which I highly encourage you to follow!

UPDATE #1: Note – shortly after hitting submit on my article, Brian Barrett of Gizmodo wrote a great article that blows out lots of the topics I discuss below. Check it out.

UPDATE #2: Tom Ryan at Retailwire started a discussion on the topic of “Best Buy Reportedly Exploring RadioShack Merger.” They currently have 20 comments from various retail industry contributors.  One note – Retailwire contributors tend to come from the retailer perspective often.  We hope to add more brand marketer perspective to the conversation in the future.

UPDATE #3: An article in the Minneapolis St. Paul Business Journal highlighted a nugget from a Best Buy job posting – that they plan on opening 50 Best Buy Mobile stores this year – in enclosed shopping malls.  Obviously a great deal of Radio Shack stores are in shopping malls – buying Radio Shack would put this plan on steroids.